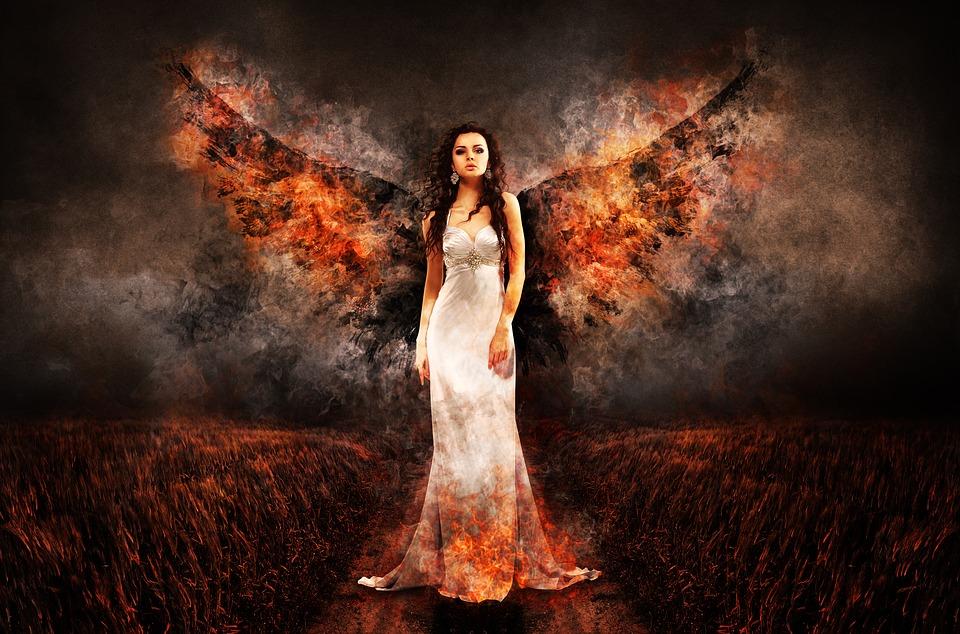 Jacqi felt incredible. She could feel power flowing through her veins, rippling over her skin, causing the tiny hairs on her arms and neck to stand up. She hadn't thought she would feed like this. So many people with so much fear to feast upon. House after house, door after door, people stepped out to greet her and her children, smiling, fawning over the two kids until she showed them.

She knew what they feared most. She knew the moment she looked at them. It came to her like a vision, and while those friendly, smiling people were distracted with her little ones and their costumes she would become that thing. They would crumble before her, fear rolling off in waves for her to consume. The kids got their treats, and she received hers. She discovered something wonderful about people... they were delicious. Halloween was truly a joyous night.

As is the way with all good things, the night grew late and her feast at last came to a close. Both Trenton and Leesha were well worn, each lugging a good sized bag filled with candy, along with their overflowing pumpkin buckets. Jacqi carried two large sacks as well, packed tight with sweet treats. She led the kids along the street, turning a corner as a police cruiser rolled past. The officer raised a hand in greeting. She raised her own in return, and the officer gave a tired smile. He had received a couple of crazy reports about a monster roaming the neighborhood, and so he went along, shining his spotlight over yards and into bushes. It would be a long night. She watched the cruiser's taillights fade away in the thinning fog.

The three arrived at the last house at the end of the street, and Jacqi noted the darkened porch as they walked up. She opened the door and held it for the two kids. “Leave the candy in the kitchen, okay?”

“Okay, Mommy,” both of them chimed together.

“You can take a couple pieces up to your rooms, but only a couple,” she told them as she set her bags down on the kitchen table. She felt like her body was humming with energy already, but there would be one more meal before she rested. She turned toward the kids and knelt down on her knees, spreading her arms wide. “Come here you two.”

Leesha and Trenton rushed into her arms, and Jacqi embraced them warmly. “Did you have a great Halloween?”

“Yeah!” Trenton announced while his sister nodded. “I really liked your costume too, Mom,” he said as she released them. “I don't know how you did it, but it was super cool.”

Jacqi smiled and said, “Oh, I've learned a few new tricks. See this?” She rocked back, opening a bit more space, and rubbed the forefinger and thumb of her right hand together. Tiny pink sparks jumped from her fingers and rolled across her nails.

“Maybe I'll teach you later,” she said, letting the arcs fade away. “Now off to bed.” She hugged them again before standing up. “I'll be up in a few minutes.” The two kids headed up the stairs, giggling. Jacqi watched them go.

This was her home. She knew every inch of it, everything about it, but this morning she didn't even know it existed. This morning she only knew of herself, and the others she had grown with. She was their queen, but they were all gone now. How could she be a queen with neither army nor subjects? But then she had found this woman and subsumed her, gaining her memories, her home, her family, and her feelings. Oh, the first Jacqi was still there, her thoughts intertwined with her own. It was those thoughts that brought her into the living room to stand before the man snoozing on the couch, her couch which was littered with empty beer cans and candy wrappers. She looked at him, clenching her fists as a vision swept through her mind...

This is part 1 of a two part continuation to This is Halloween. You can read part 2 Here

Happy Halloween! Spooked yet?
This is a little followup to the short tale This is Halloween.  We see Jacqi has had a good night, and now it's time to go home, but is she still hungry? And just what is she supposed to do about her boyfriend? 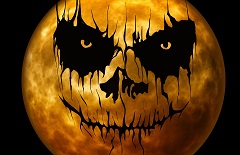